This year’s Living Streets Walking Summit attracted community groups, volunteers, practitioners, and researchers from across the UK to share the benefits of walking.  Urban Habitat’s director, Mark Drane, was there to take in the proceedings including hearing about Streets for Health, a current project being undertaken with Living Streets and working with communities in Cardiff.

True to the title the day even started with a guided walk to Manchester’s Friends Meeting House.  Mayor of Greater Manchester, Andy Burnham, was first up highlighting that for too long our cities have been designed around the car and not people.  With 250 million journeys of less than a mile in Greater Manchester per need to address this from the perspective of physical activity, health, wellbeing, and wider public good.  Greater Manchester is seeking to do things differently from central government… As Andy Burnham highlighted:

“Physical activity is an orphan in Whitehall… no department owns it.”

The Mayor highlighted that walking provides a greater return and benefit than any other form of transport and yet highways engineers and planners are currently doing precisely the opposite.  By 2030 Manchester aims to have a London style system with shared ticketing over bus and tram.  The importance of consistent branding was highlighted so that people perceive different modes as a single system.  Without reform of public transport, the opportunity for first / last mile connections by active travel are lost.

Next up was Chris Boardman, Walking and Cycling Commissioner for Greater Manchester who has a team responsible for overseeing the implementation of the UK’s largest investment in walking – only half of which is currently funded so Boardman is closely watching the upcoming budget from UK government.  Boardman highlighted 4,000 comments received on proposals and a desire to see community involvement in the developing Bee Network.  This work includes undertaking research to persuade central government to permit “£300 crossings” – painted zebra crossings at side roads rather than much more costly current design standards.  Initial findings of this work with the Transport Research Laboratory seem positive.  Most striking, and perhaps surprising but welcome, was the Commissioner’s statement that:

“”Walking is more important than cycling, it’s free and accessible to everyone.””

Living Streets’ new report Is Walking a Miracle Cure was launched at the day.  The short answer seems to be ‘yes’ and  Living Streets’ report makes ten recommendations including linked to physical activity, air quality, housing, schools, and social prescribing by the healthcare sector.

Alongside this report was a fascinating session on Walking as a Superpower by Prof. Shane O’Mara, the author of In Praise of Walking.  This included evidence on links to creativity and wellbeing but also inequalities in walking such as how older walkers are rarely catered for in road crossing timings and also the amazing ability of people with visual impairments to deal with what are often challenging environments.  Shane O’Mara linked all of this back to urban design:

“How we design our cities is really, really important. “

Challenging discussions were had during panel discussions including with walking and active travel commissioners from across the UK.  It was not at all evident how action on inclusion, engaging with communities, and reflecting diversity is being addressed in some of the major investments planned across UK cities.  There appeared a clear gap in this area in several of the panel’s thinking, however Lee Waters, Deputy Minister for Economy and Transport at Welsh Government, and Lee Craigie, Active Nation Commissioner for Scotland offered a more clear understanding of the issues.  This would seem an area that Living Streets, with its local groups across the UK could support development of avoiding top down ‘doing to’ communities rather than ‘creating with’.

A highlight of the afternoon was hearing from a range of activities from communities across the UK.  This included Cllr Caro Wild, Cabinet Member for Strategic Planning & Transport at Cardiff Council highlighting the need to address health inequalities and this being a driver and reason for action.  Streets for Health is a project involving Urban Habitats, Living Streets, and Cardiff Council working at a community level to pilot grassroots projects developed with the community and through seeking to address agency and involvement in decisions as a determinant of health.

Overall, it was very good to see walking given such priority for its role in creating good health; to encourage inclusion; reduce inequalities; and create not just health benefits but wider social value.  From Urban Habitats perspective the role of urban design in this was highlighted as critical and this gives encouragement that the need to link our places with population level thinking about health is as great as ever.

The live feed from the day is archived and available here.

A transport vision that shows how we can be living better.
Healthy Buildings 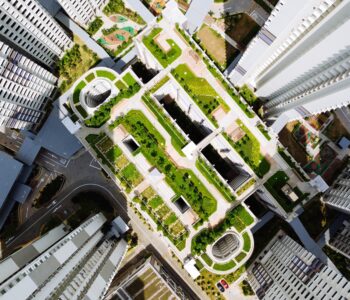 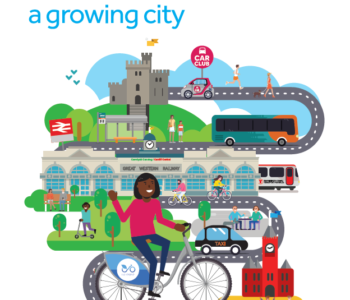 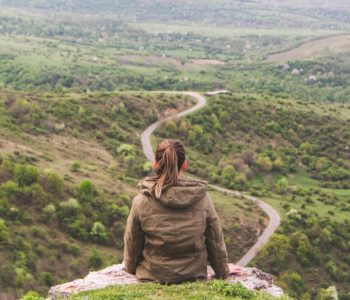 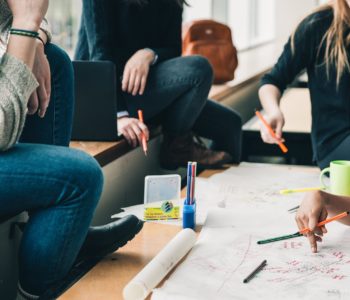 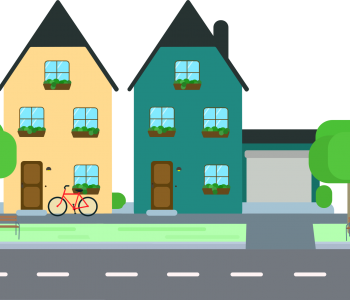 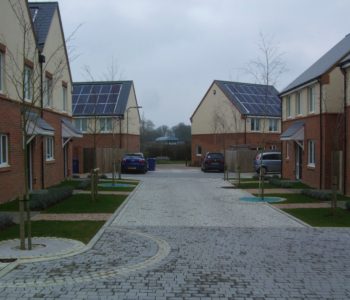 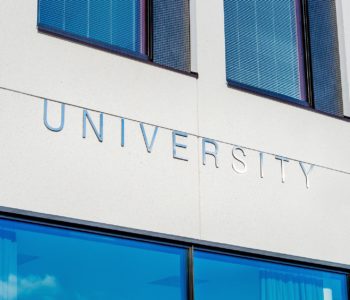 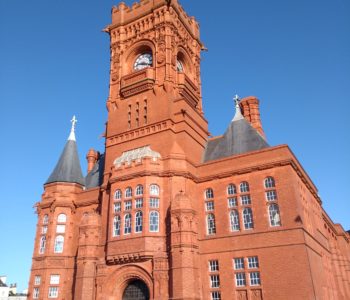